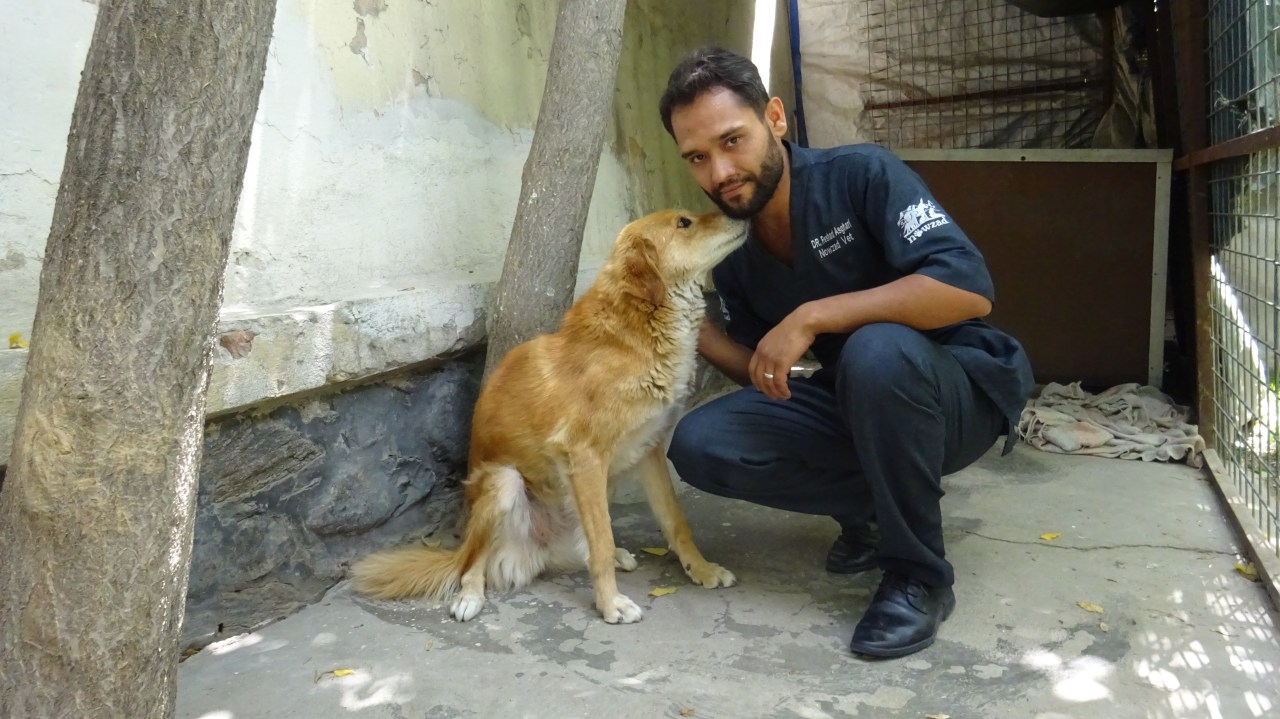 WEST MEMPHIS, Ark. — Outside the McDonald’s in West Memphis, Arkansas, a dog named Julie is entering the next leg of her long journey from Afghanistan with Pen Farthing.

“Julie dog was actually rescued by a soldier seven years ago,” Farthing said.

The former British Royal Marine runs an animal rescue group out of Afghanistan called Nowzad. It’s named after the dog that he rescued from a fight in 2006 while on patrol. The two became best friends.

“I didn’t realize that dog would actually bond with me while I was serving in Afghanistan,” Farthing said. “He was just that. An escape. I thought I was the only soldier doing that. What I didn’t realize there were so many others from America, Canada and across Europe.”

But a new ban on importing pets by the Centers for Disease Control could keep soldiers from being reunited with the dogs they bonded with overseas.

Farthing has dedicated the past 13 years helping promote animal welfare in Afghanistan while also helping reunite more than 1,600 soldiers with their pets they took in while serving.

Unfortunately, his work will be put on pause.

The CDC just announced it’s suspending the import of dogs from more than 100 countries, including Afghanistan, where rabies is a problem. The agency stated it’s seen an increase in falsified rabies certificates and this ban will “protect the public’s health against the reintroduction of dog rabies.”

“I was a little bit shocked to be brutally honest,” Farthing said. “Yeah, it’s absolutely devastating news. We’ve gone by the rules.”

In fact, Farthing says his organization requires the rabies vaccination, blood work, microchipping and a three-month waiting period before travel.

The CDC said it will make exceptions.

“Hopefully, the CDC will look at international professional rescue groups like us and say ok, right they follow the procedures,” Farthing said.

In the meantime, he’ll work on getting the last few pets to the states before the ban takes place on July 14. Until it’s lifted, he plans on holding all the animals he possibly can for soldiers.

As for Julie, the soldier who rescued her couldn’t take her. Instead, she’ll be going to another rescue group in Ohio, who guarantees she’ll get adopted fast.

Farthing says it costs about $5,000 dollars to bring a dog over to the US due to mostly airline fees, and now, he will need funds to house animals during this ban.