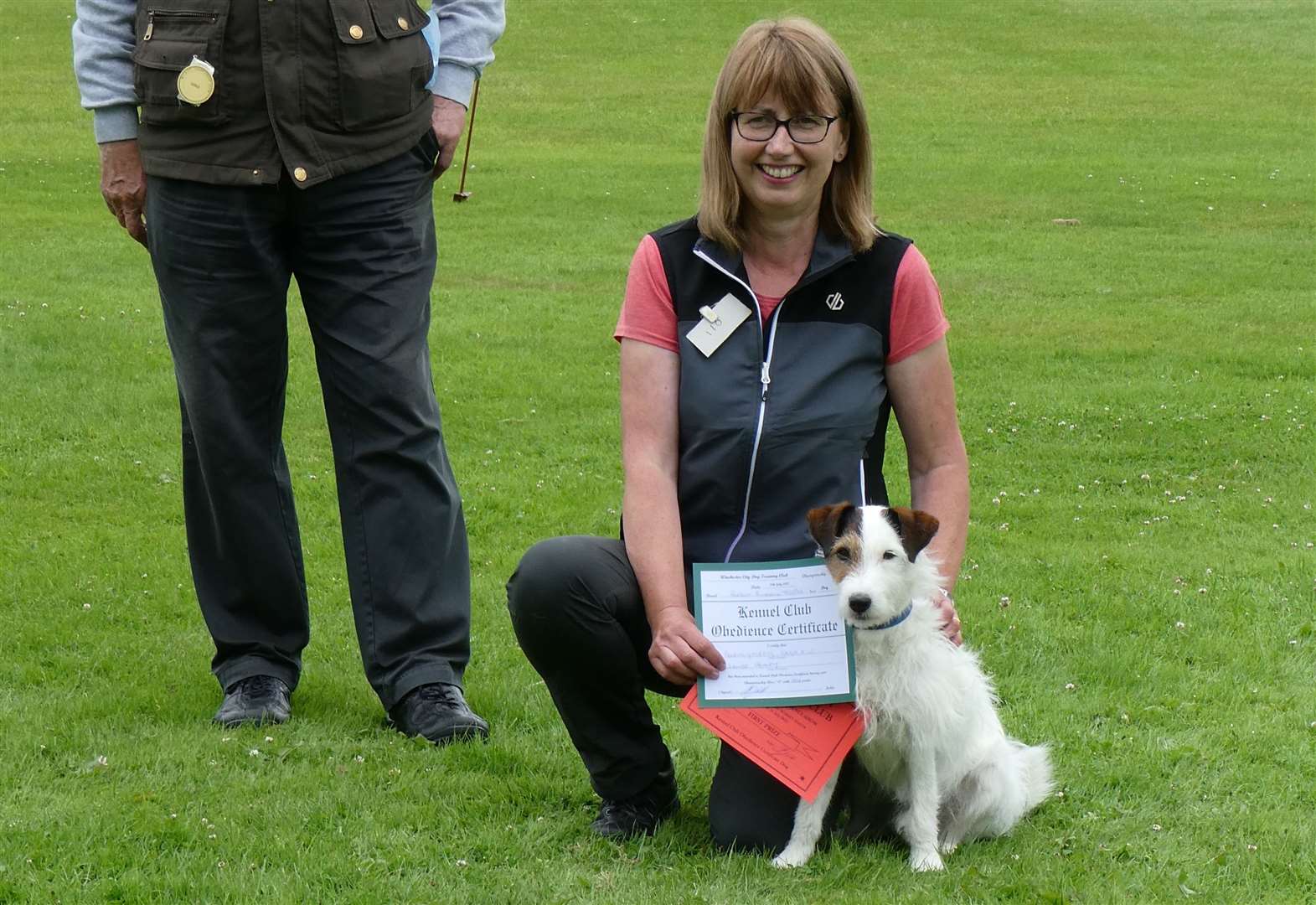 A tiny terrier has designed historical past by winning two obedience certificates at pet displays just a 7 days apart.

The Parson Russell Terrier, identified as Glencymreig Degu, but also regarded as Stanley, and his operator Louise Healey, of Grantham, attended the Winchester Town Canine Training Club championships in which he won the obedience present judged by Peter Lubbi.

Having said that, this historic victory was evidently not plenty of for Stanley as the pursuing 7 days he gained his 2nd obedience certification at the championship obedience exhibit of the Oxhey department of the British Affiliation for German Canine, judged by Heidi Lawrence.

Louise stated: “It is however only just sinking in that my minor mate Stanley has received not just 1 but two tickets. While we have worked really tough to acquire our passport to Crufts Obedience Championships, and it’s been this kind of an pleasant journey, it is really however difficult to believe we’ve basically performed it.

“Throughout Stanley’s obedience career men and women have been so supportive and delighted when we have been prosperous. We have acquired so several messages of congratulation’s, playing cards, offers and in Stanley’s perspective the most significant, puppy treats! I am rather defeat and just a minor little bit humbled by it all.”

Louise has trained and competed in the obedience sector for far more than 20 a long time, starting with Collies and then resolved to start out teaching Parson’s after her sister Jane Rawlinson proposed it one Christmas.

After deciding to teach a new breed, Jane gave Louise a Parson named Yoda from her dog’s following litter.

Louise included: “Yoda was without a doubt a intelligent little canine and taught me so a lot about teaching and motivating terriers. Stanley is a nephew of Yoda, from my sister’s traces but bred by Lyn Farrow. Stanley and I have crafted on all we learnt from Yoda.”

Sue Garner, secretary of Winchester City demonstrate and a director of The Kennel Club, explained: “Several congratulations to Louise and Stanley on their super victories at Winchester and BAGSD Oxhey displays, as perfectly as to all the other winners.

“Border Collies, Operating Sheepdogs and larger sized functioning breeds are far more typically noticed in Obedience, and of training course are brilliant at it, but to even a get a smaller sized pet to qualify for the championship class is an accomplishment in by itself.

“Let us hope Stanley’s current successes inspire other homeowners of tiny breeds to attempt their hand at Obedience, which is a quite gratifying and fulfilling action which canines and their owners can do alongside one another whilst socialising with like-minded people today.”