WHEN America faced its darkest day in history 20 years ago, brave rookie rescue dog Atlas and his handler were the first to rush into the carnage to help find survivors at Ground Zero.

Heroes Atlas and Robert Schnelle, now 60, arrived 45 minutes before the first tower collapsed and rushed inside without a second thought to help evacuate terrified workers – and they didn’t leave for seven months.

It was the start of a gruelling seven months of 12-hour shifts for the brave pair, who worked alongside thousands of other rescue workers at the scene until May, 2002.

In total, Schnelle, who was a handler with the NYPD at the time, and Atlas spent 3,000 hours at Ground Zero.

The hero German Shepherd had only just completed his training when the hijacked planes slammed into the towers on September 11, 2001.

Atlas was thrown into what would ultimately become the defining moment of his career as a police dog.

Schnelle, from Long Island, New York, told The Sun Online: “Atlas was a very young dog who had just completed his training and I am still amazed at how he worked down at Ground Zero under those conditions.

“No one could train or be prepared for what happened that day. I know that me and Atlas did the best we could and I am proud of him and all he did.

“The most difficult moment that still haunts me to this day is that we did not find any survivors after the first day.”

After 45 minutes of racing in and out of the building to help bloodied and bruised workers, Schnelle witnessed the terrifying moment the first tower collapsed.

“When the first tower fell, I was able to get under a large NYPD police emergency service rescue truck with a few other police officers to escape the debris from tower collapsing,” he said.

“I didn’t know if we were going to survive and I was praying we did. I was scared I would never see my wife and kids again.”

“When smoke and dust cleared I crawled out and tried to locate my police vehicle since Atlas was still inside. I eventually found my vehicle and got Atlas out.”

I felt like we were being chased by a tornado running with him as Atlas led the way pulling me on his leash.

When the second tower collapsed, Schnelle was helping people get to safety.

“I had Atlas with me and grabbed a news photographer who had an injured ankle and dragged him to safety carrying him towards the water by the piers next to Battery Park,” he said.

“I felt like we were being chased by a tornado running with him as Atlas led the way pulling me on his leash.”

The horror of 9/11 was not Schnelle’s first experience of a terror attack – he worked tirelessly at the scene of the World Trade Centre bombing just seven years earlier in 1993.

“I had been to other bombings and building collapse scenes. I had experienced other horrific scenes – but nothing of this magnitude,” he said.

Atlas was among 300 courageous pups who risked life and limb on September 11, 2001 to find survivors in the rubble.

Hundreds of loyal, devoted and hardworking four-legged heroes have been recognised over the years for providing a source of comfort and hope in one of the bleakest moments in modern history.

The noble 9/11 canines have created a long-lasting legacy with their stories of courage and healing.

NYPD German Shepherd Appollo was among the first search and rescue dogs to arrive at the scene of devastation at the World Trade Centre two decades ago.

At the age of nine, the pooch continued spending long days plodding through heaps of rubble and jagged concrete searching for survivors.

German Sheperd Trakr was the hero who discovered the last survivor of the attack on the World Trade Centre.

Trakr’s owner, Canadian Police officer James Symington, had seen the horror on the TV and driven 15 hours to New York with the pooch to help with the rescue efforts.

Hero Cara and her handler Mike Forsythe, an engineering manager for a parachute manufacturer, arrived at the World Trade Center on September 17 – six days after the attacks.

Kitted out with a harness and a camera, the Beauceron was dropped into the smouldering building and weaved in and out of the carnage, searching underneath desks and filing cabinets.

A veteran search and rescue dog, English Springer Spaniel Morgan was deployed for both 9/11 and Hurricane Katrina four years later.

The hero’s handler, Katrene Johnson, said Morgan wasn’t just vital to the search for survivors, but she also provided immense comfort to the exhausted rescue teams.

Brave Border Collie Sage was just two-years-old when she was called up with her handler, Diane Whetsel, to undertake the grim task of searching for human remains at the Pentagon site.

The brilliant Sage was certified at the highest level recognised by the Federal Emergency Management Agency – a prestigious role held by just 50 dogs across the United States.

Doberman Pinscher Sunny and her handler Shirley Hammond worked tirelessly at the wreckage of the World Trade Center for 11 days.

Despite not being a cadaver dog, Sunny stepped up when he was needed.

US Army veteran John Randall and his Rottweiler Gunner were deployed to New York on September 17.

Luckily, Gunner had been working as a therapy dog and he worked his magic at Ground Zero, offering a much-needed morale boost to the dedicated workers.

“I never imagined that something like this could happen even though I was present at the 1993 World Trade Centre bombing and 1995 Oklahoma City bombing.”

Schnelle retired from the NYPD in 2007 after 25 years of service.

And tragically, Atlas died from cancer at the age of eight.

“I feel 9/11 affected him physically, like me. Unfortunately it was too late when Atlas got sick to save him,” Schnelle said.

The 60-year-old, who now works at JFK Airport in New York, has spent years plagued by both the psychological and physical effects of seven months at Ground Zero.

I feel I am extremely blessed to have survived that day – but I also have survivor’s guilt.

“I lost a lot of co-workers and close friends. I feel I am extremely blessed to have survived that day – but I also have survivor’s guilt.

“I have and continue to lose many friends and coworkers to 9/11 illnesses.

“I personally have my own health issues and go yearly to be monitored by the World Trade Centre Health Program for which I am extremely grateful for. 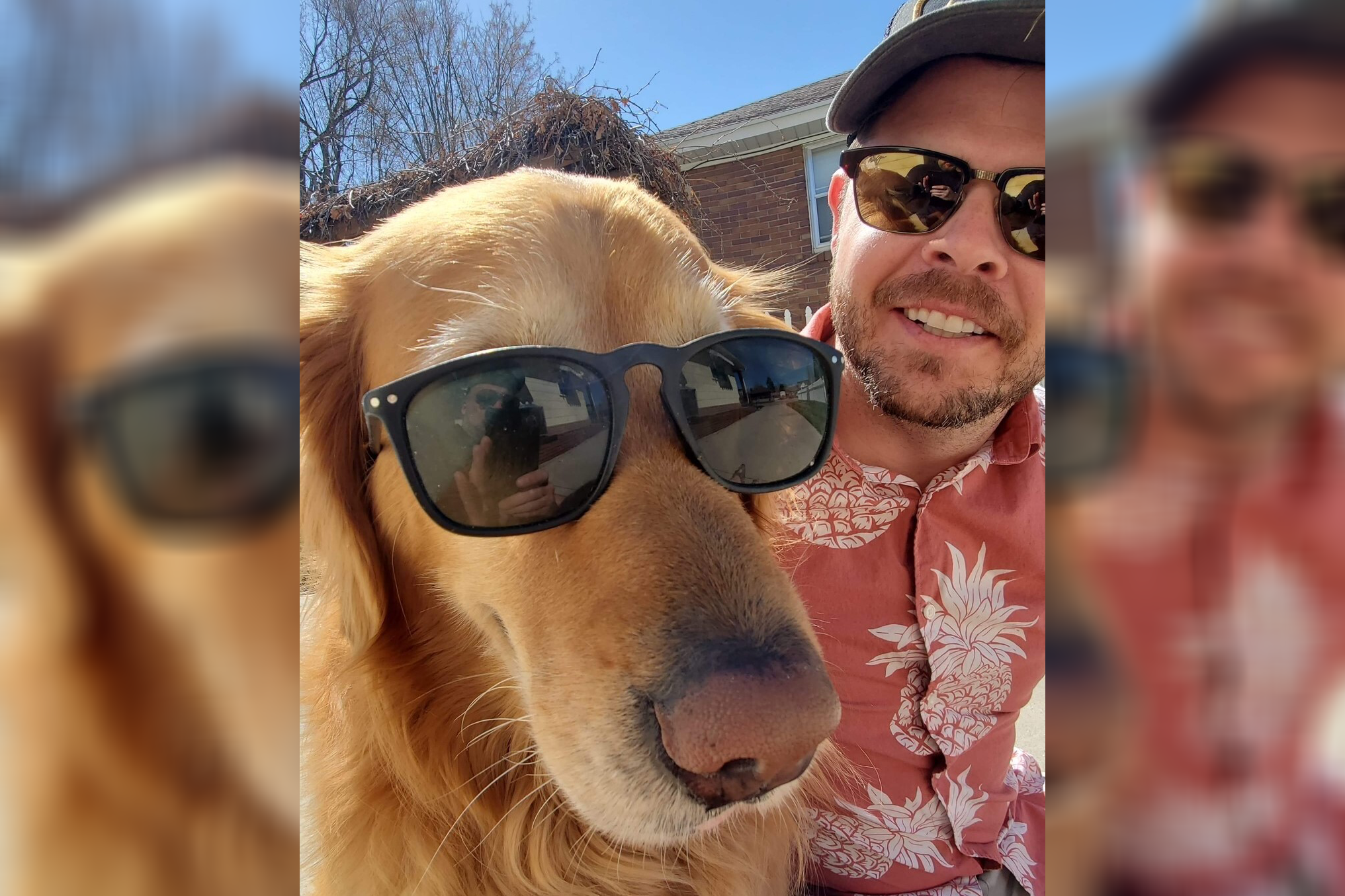 ‘I Invented The Pleased Pet dog Tune, My Puppy is A person Happy Guy’